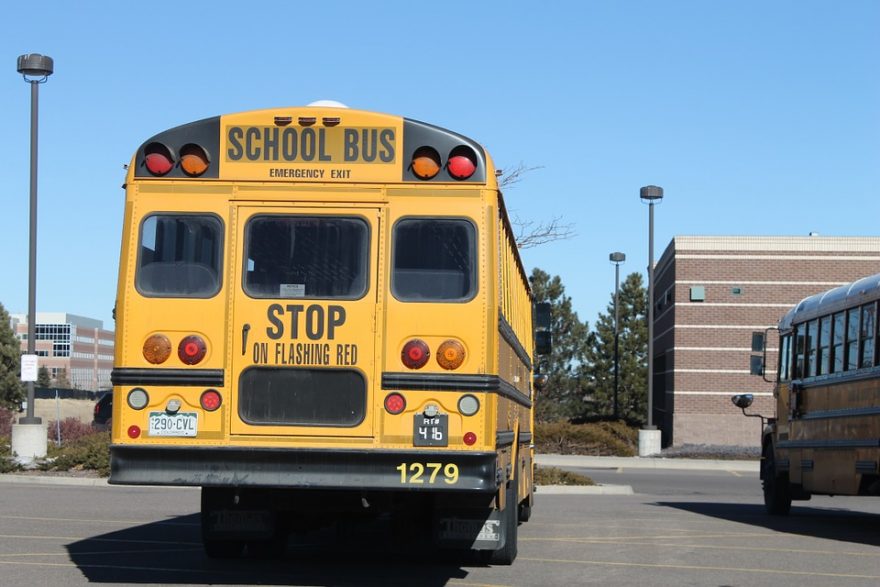 The reasons of the public education school decline in America are linked with the very nature of the neoliberalism in the United States. State supports competition, i.e. private schools are hugely motivated to invent superior academic programs in comparison to public schools. Owner of a private school competes a public one, so he or she aims at enticing the best students from wealth families, rather than from, not rich ones. It is quite clear that private school can easily have better funding than the public one. Private school often has a religious affiliation. Students are additionally motivated by a specific religion. Motivation is very essential for the young people. If they are deprived of that, there is a huge problem. On one hand, students study academic program, which contains a set of educational disciplines, which are required for educational standard. On the other hand, they are guided by a particular philosophy and ideology. The most essential point, that students from private schools are guided spiritually, and they are better financed etc. (Johnson, 2009). Public schools often give just education without motivation. Student can be very smart, but if he or she can not apply his or her skills in real life if a student is smart, but not assertive, then it is a huge problem for public schools. Seventy-nine percent of the American private schools include not only religious studies, but they are driven by an ideology. Theoretically, people are free to choose a type of school. The point is that few people can afford an exclusive private school. This can be called a reason for public school education decline in America.

Parents are interested in private schools. Public schools may have safer educational environment. About eight percent of American private schools have less than three hundred students. That means, such small-size school can provide with a cozy atmosphere and a better control over the academic process (Boland, 2013). Of course, a small private school may not have additional services for students, but such environment apparently will help students to learn religious rules and make more close ties between the students.

The story repeats. Until the 1840s, education was available only to wealthy people. There was a struggle for free public education for children at least at the elementary level. This goal was reached at the end of the nineteenth century. It is not about the education itself. Providing all children with publicly funded education was aimed at decreasing the level of crime and poverty (Watson, 2001). By 1870, all states in the North had public elementary schools.

Nowadays, when ninety percent of American students attend public schools. Quality of education is a matter of the discussion (Boland, 2013). Absence of religious affiliation can be a reason, why public schools fall behind the private ones. Student can be smart, but if he or she is not assertive and self-disciplined, than it is a problem. So it is a matter of belief, which can be provided by religious affiliation of a private school. Of course, it is not the only point, why public schools in America seem to be in decline.

No Child Left Behind Act aims to provide equal access to the elementary and secondary education nationwide. It is not enough to give a set of academic subjects. Child must see a reason to study. Student must be motivated. In a course of time, public education itself was a success for equal rights to study for all citizens despite their wealth. Private schools are more expensive, and they are preferred by wealthy people.

Once the majority of children get the public education, the government steps aside and declares neoliberalism, which means a full freedom for everybody notwithstanding his or her wealth. So people are formally free to get an education, but not everybody has enough money for that. Neoliberalism declares enhancing of the private sector in modern society. Private schools are a part of the private sector. In other words, government declared a support to private schools.

American professors were concerned with the results of the Programme for International Student Assessment (PISA) math test in 2009, which ranked the American 15-years-old students on the 32nd position in the world. US students fell behind their yearlings from Hong Kong, Estonia and Slovenia. Canada has two times better “advanced” PISA scores (14%) than the US does (7%).

Harvard professors Hanuchek E., Peterson P., Woessmann L. also stress public attention by publishing a book “Endangering Prosperity: A Global View Of The American School”. Financing of public schools is being raised, but score rankings are dropping (Hanuchek, 2013). Dr.Peterson estimates that a better math scores at schools would provide a 20 percent growth of the US overall labor productivity.

Common Core Academic Standard is a new initiative, which aims to set new high standards of main subjects, such as English, math, and science. Theoretically, CCSS will provide an equal-quality education for all American youth. Politicians and millionaires struggle for Common Core academic standards, which must erase the negative tendency in the US education system (Simon, 2013). CCSS initiative has its supporters and opponents.

Under the statistics of the National Center of Educational Statistics (NCES), the process of public schools consolidation goes ahead. Majority of the states has No Child Left Behind (NCLB) waivers (Emma, 2013). Moreover, there is guidance by the Education Department, which admits waivers renewal through the 2015-2016 school year. So there is a permanent struggle between those, who want privatization to go on and on, and those, who want an equal high-quality education for all Americans.

Equal high-quality education means the rise of competitiveness, which can be inconvenient for those, who is on top. Common Core State Standards Initiative is an attempt to neutralize the consequence of neoliberalism in the US education system. CCSS struggle to reform approaches in graduation rates, college- and career-ready index. NCLB waiver decreases accountability of graduation rate.

New idea of the education system reform is online courses of the famous universities, such as Stanford. It could be a way out for disabled of poor students, but efficiency of online education is still doubtful. These courses have high dropout rates, yet at first they gave a nice ad to an array of colleges. Though Barack Obama gave a compliment to online universities and courses, aimed at result, not seat time. So there is still room for discussion.

Further online education development can show far better results in the future. Bill Gates is a supporter of online education. US has the highest high-education dropout rates among the rich countries. Perhaps MOOC can fix it up. Innovative Khan Academy founded in 2006 by the Salmon Khan. It is an innovative educational institution.

The US top-rated public high school is Carol Martin Gatton Academy of Mathematics and Science in Kentucky. So this high school is focused on STEM (Science, Technology, Engineering, Math). The high school is affiliated with the Western Kentucky University. Some classes are taken, not at high school, but at the university. Average SAT score is 2070/2400. The conclusion is that the STEM is more likely to be financed, not Humanities for instance. Computer Science is more profitable than the History of Art.

There is even some kind of discrimination according different educational subjects. Some of them are more attractive from the economic point, but children are not guilty of their obsession with art, but not science. Once again, there is a point of an ongoing privatization of education and deregulation. Those, who will bring profit to corporations, can study for free. They can rely on the best equipment. If the occupation is unprofitable, education funding is also vague.

From this point, Common Core State Standards, if applied, can be a way out of the situation in the US education system. According to Dr.Peterson “Endangering Prosperity: A Global View of the American School” low level of school scores can cause an economic decline (Hanushek, 2013). Software production, bioengineering, genetics require a strong intelligence of the students. US is still a leader of global innovative process, but such position must be maintained permanently. Dr. Ravitch expresses her disappointment concerning PISA test results, but she is still optimistic about US innovation leadership in the future (Ravitch, 2013).

Another problem of the public school education decline is controversial levy of school so called mandatory fees. Theoretically, public education is free, but some school administrations violate this statement. Some of them demand students to buy additional laptops, even if they already have ones. Even if administration declares, that purchasing of laptop is for the economical sake, some books are unavailable as e-books.

So this economy is doubtful. The American Civil Liberties Union sued the state of California over illegal school fees in 2010. California Governor Jerry Brown responded public complaints. He issued a law, which helped parents to defend their children’s right for free public education (Nolan, 2013). Wall Street Journal confesses, that public schools in the US do have mandatory fees, which mean that Americans pay for free education for their children. Principals have plenty of noble reasons to ask for mandatory payments, such as care of schoolchildren. For instance, children should better use laptops instead of hard copy books because it lifts off load on a child’s spine.

The Education Department must always keep in mind, that educating youth is not a favor, but a must, or an investment in the future. Human resources are far more important than innovation process or even financial stability. Human and human dignity are the highest purpose of a state. No Child Left Behind Act and Common Core State Standards Initiative are also important because little children from poor or unreliable parents can not care of themselves. At the same time, such children, deprived of the attention of parents and the state itself, can be involved in criminogenic process (Thattai, 2001). If children are deprived of education, which will help them to make money in the future, they may decide to start making money by using force or fraud. So children, left aside by parents and education system, have all chances to become criminals…

We’ve shared this high school research paper example to present some ideas if you don’t know how to start your own paper. Even if you still don’t know how to handle your writing assignment, there is a way out. If you have troubles with your writing, you can leave them to BuyEssay.org. One of the biggest advantages of our writing service is high-quality papers. While we can boast our quality, our papers are not expensive. The result of using our writing service is always positive. We work 24/7 for our customers’ convenience. Don’t wait anymore, place an order – we are here to help you!