How to Write a Movie Review That Your Readers Will Enjoy

How do you not limit yourself to the phrase “what a great movie!” and write a real review that’s deep, dignified, and professional? In this article, you’ll get answers to all your questions:

what is a film review and its functions
how to prepare for writing a review
10 questions you need to answer before you start writing
how to write a film review: the sequential steps of writing
example of a review 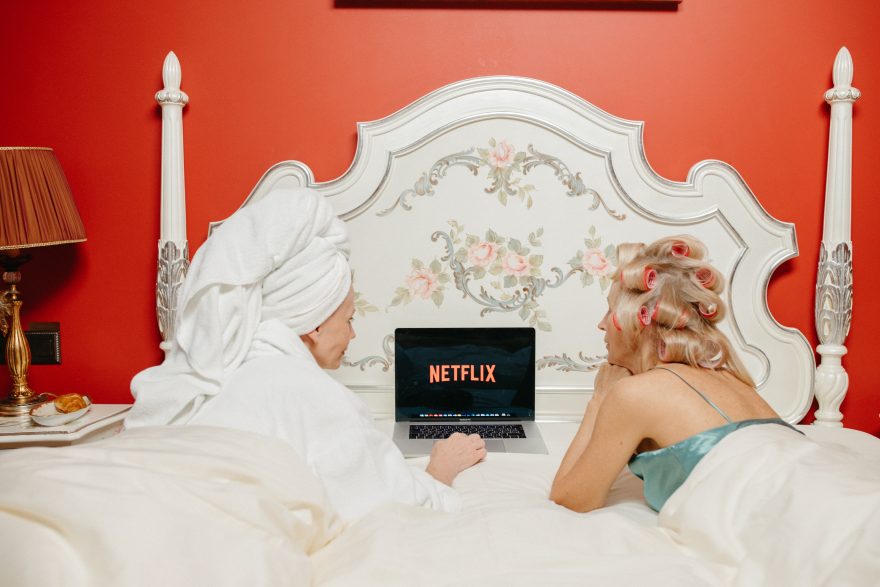 Photo by Anastasia Shuraeva from Pixabay

What is a film review?

A film review is a critical review that informs readers about the release of a new film, and it contains its analysis, assessment, and summary, as well as personal impressions and experiences after watching.

The review performs several functions at once: it informs, analyzes, convinces, and entertains. If you can include all of these points in your review, then you will have a great result at the end.

How to write a film review: the preparatory phase

Writing a review is, of course, a creative process, but you should not forget about the analytical approach to creating a convincing and high-quality text. The work should be treated
responsibly. To write a professional film review, you first need to go through the following preparatory steps:

10 questions to answer before you start writing a movie review

Answering all of the above questions will help you create a draft review. But, of course, this is still not enough for the final result.

How to write a movie review: a guide

The work on the creation of a film review is a rather complicated and lengthy process. Therefore, it is better to break it down into stages and write it according to a particular film review format, as this will help not to get confused in the details.

Let’s move from theory to practice. You can use the following sample as a movie review template. Also, check out this “Disconnect” movie review example.

Movies are great fun, but choosing which one to bet your time on is a great deal and a matter of immense conflict. How does one analyze or choose which movie to watch? Some by trailers, some by recommendations, some by story and plot, and some by research.

However, did you know the best way to choose your movie is by going through a review? It allows you to understand the story on a higher level and evaluate and understand what, as an audience, you will get out of it.

“The Man Who Knew Too Much” is one of the most appreciated movies of his entire career. He made two movies under the same title, one in 1934 and the other in 1956. The movie is appreciated for the humor and thrill that it manages to keep throughout the movie.

To know more in detail about the most celebrated film of Alfred Hitchcock, continue reading.

The Man Who Knew Too Much

“The Man Who Knew Too Much” is an excellent thriller with some top notch mystery that keeps the audience engaged throughout the process.

The story begins in Morocco, where a couple and their son encounter a stranger on vacation which further leads to different twists and turns.

Later, the stranger gets killed by being stabbed in the marketplace right in front of the McKenna family. This leads to another major twist in the story. During his final moments, the stranger unveils a secret to Ben regarding the assassination plot to the Americans.

The story altogether takes a different turn that creates a great mess and chaos in the lives of Ben and Jo. Their son gets kidnapped and they begin receiving threatening calls that instruct them not to spill the stranger’s secret to the authorities.

Taking the story ahead, Alfred Hitchcock beautifully managed to keep his audience engaged by showing how the couple themselves decided to look for their son on their own and set out on the journey without any help from police or other officials.

The last part of the story holds the maximum thrill and mystery that convinces the audience to not even dare to miss a second. It shows how the couple struggles throughout their journey while searching for their son. But finally, in the end, in the midst of all the chaos and fear, they still manage to save the officer and rescue their son safely.

Overall, the story has been conveyed in the best possible way. It strongly manages to keep up the audience’s attention till the end. The concept is fine, though some modifications could have been done to present it more effectively and uniquely.

Although the film’s story is quite similar to the old one, it still manages to offer some freshness. The touch of mystery and thriller brought to action by Alfred Hitchcock was commendable. It is a must-watch film brilliantly put together with the best possible elements.

“The Man Who Knew Too Much” tells a brilliant story that dips into a thriller and mystery. The storytelling of the movie is commendable, and thus, it is one of the most loved movies of Alfred Hitchcock.

We hope our opinion piece on the movie helped you analyze it better. But if there’s anything that we might help you with related to the subject, then please feel free to voice in the comment section below. We will get back to you at the earliest possible time with the best knowledge available.

We hope that this guide will help you to write a good movie review and win the hearts of readers. However, if you don’t know how to do it on your own, it is better to get help on BuyEssay. Undoubtedly, you will like the result, as our writers provide customers with quality assistance. Buy college papers right now!