Russia-Ukraine War Essay Sample Which Is Vital to Read

The North Atlantic Treaty Organization (NATO) was created in 1949 by the US, Canada, and Western European countries to offer security against the Soviet Union (Hookway and Trofimov). In 1991, the Soviet Union collapsed, and former members began to declare their independence. 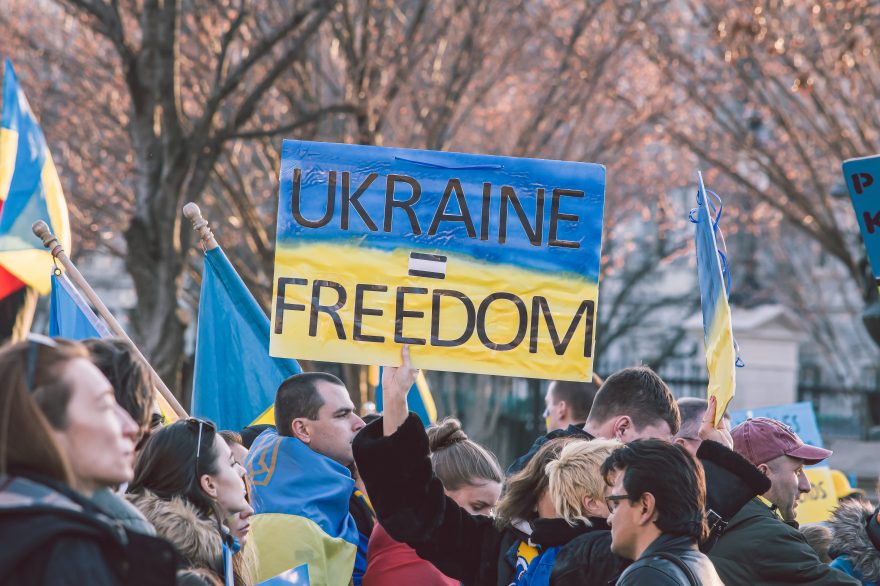 NATO had successfully served its purpose. However, the organization was not disbanded. European nations (including Poland, Czechoslovakia, and Hungary) expressed concerns that Russia would invade border nations at some point in the future. Their fears have materialized, given the recent full-scale invasion of Ukraine. Putin has disguised the Russia-Ukraine conflict as being in its national interest. It is intended to neutralize the growing democracy movements and rebuild the dominant Russian influence before 1991, and Ukraine is paramount to this objective.

After 1991, the expansion of NATO continued, which irked Russia. However, because Russia was weaker and dependent on Western aid, all they could do was watch and complain. In 2002, the most significant phase of NATO expansion took place when Estonia, Bulgaria, Latvia, Slovakia, Slovenia, Romania, and Lithuania joined the alliance. In the background, Ukraine and Georgia were ousting pro-Russian leaders, and the West celebrated this as a sign of awakening democracy (Hookway and Trofimov). In 2008, NATO members discussed the idea of providing membership to both of these states. Russia, however, responded by invading Georgia and defeating it after only five days of the war. They hoped that this would send a message to Ukraine about their plans with NATO. Within Ukraine, the idea of pro-Western influence was not vastly popular, and the nation understood that a decision to join NATO would make Russia quite uncomfortable. Putin took advantage of this unease by invading and annexing the Crimean Peninsula in 2014.

Ukraine is geopolitically significant to Russia. It is the second-largest country in Europe after Russia, is industrialized (a major producer of steel, coal, and engines), has one of the most highly educated populations in Europe, has agricultural wealth, and had great military significance during the Soviet era (Hookway and Trofimov). Ukraine also has ethnic and cultural importance to Russia, given that the Russian language is popular there, and ethnic Russians form a significant minority of the population of eastern Ukraine. Putin’s justification for annexing Crimea was to protect the Russian population living there; he also wanted to take advantage of the unpopularity of western-style democracy in the country. Putin has cited that the current invasion of Ukraine aims to demilitarize the nation and cease the eastward expansion of NATO in Europe (Kirby). Though brave in its military response, Ukraine has agreed to these terms. Nevertheless, the Russian invasion has not stopped. It is fathomable that Russia may have hidden interests in Ukraine.

The realism theory of international relations best explains this war’s origins and causes. Realism posits that states are incentivized by national concerns disguised as moral interests (Schuett 29). States are primarily driven by the need to achieve political autonomy and territorial integrity. Political realists dislike centralized authorities unless the authority emanates from their states. Realists believe the use of force is imperative for preserving decentralized systems. In the case of Russia, the invasion of Ukraine is driven by Vladimir Putin’s desire to restore Russian influence in Europe. Putin has been in power since 2000 and has witnessed former member states of the Soviet Union adopt democracy. The dream of reuniting the Soviet Union has disappeared. The popularity of democracy in Eastern Europe threatens his autocratic rule. Functional, prosperous, and successful democracies may convince Russians to rebel against Putin’s autocracy, permanently crippling his dream. Putin has disguised the Ukrainian invasion as a moral response to saving the Russian nation. He has used force to maintain the decentralized system in and around Russia’s territory. He dislikes NATO because its authority does not emanate from his preferred doctrine of rule but rather the democratic doctrine.

In conclusion, Putin has disguised the Russia-Ukraine conflict as being in the Russian national interest. However, his action there is meant to de-popularize the growing democracy movement and rebuild the Russian sphere of influence that was dominant before 1991; Ukraine is imperative to this objective. Democracy must therefore be protected because it is the only political structure standing in Putin’s way.

Aside From Russia-Ukraine War Essay, We Can Help You In Other Way

The BuyEssay team believes that you have found this Russia-Ukraine war essay sample sapid and can use it to create a working paper for your needs. We daily do a great job of providing examples of papers on the most actual topics. Each writer of our service can work for you individually, helping to get a customized paper. We will collect details from your teacher’s manuals to write for you a customized why is Russia at war with Ukraine essay or any other paper. Any topics are not challenging for our professional authors, who are ready to assist you 24/7. After you let us know what kind of the writing help you need, you will not have to wait long to receive effective solutions for your papers. To get our service with a Russia-Ukraine war essay, you must register on our website and provide a brief explanation of your request. We know a lot about college papers. Those written assignments could be volume and challenging, so we aim to help students with problematic tasks by applying our experience and knowledge. Buy essay from us and get professional assistance.

Photo by Gayatri Malhotra from Unsplash