Published by admin under Other Samples,Samples 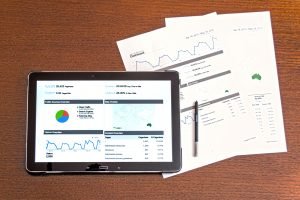 Every object within our environment has a hidden meaning. At the same time, every space within our society is a sign, which contains deeper meaning than what we perceive from it. Semiotics is a branch of study that tends to signs, art, and language among other things to give meaning to objects and spaces. We can define a space as the general term used to explain the aspects of dimensions, which exists between two or more phenomena. The semiotics of space is a branch of semiotics that uses signs to explain the meaning of every space around us. Semiotics of space is a process that involves illustration. Therefore, it requires probes into the appropriate and relevant association between objects and their space. In several occasions, people tend to ignore the aspect of the space and just use it as a background to tangible things. For example, we can take the scenario where an individual writes on a piece of paper using an inked pen. The surface of the paper will act as the space while the writings will act as the object. Whenever an individual get access to the paper and its writings, they will concentrate solely on the writing and totally ignore the paper as the background that has enabled the visibility of writing and reading the content. Every building has several spaces in the name of rooms. Each space plays a specific role. We intend to overlook the space and define every room by the objects in that room (Greimas 72). In this paper, we are going to use a family room to elaborate the importance of semiotics of space.

Semiotics of space does not only define signs and signs systems, but also deals with cultural set up. Let us look at the basic features of family rooms in American context. Every family room must have at doors; one does acts as the main entrance to the building while the other door acts as the entrance and exit to other rooms within the house.

In many instances, there are several signs in a family room that defines the room and give certain meanings. These include the wall, painting, doors, windows, photo frames and flowers among other objects. All these signs tend to communicate an important aspect of meaning. They also tend to reveal the societal culture and ways of life. However, we tend to pay very little or no attention to these signs of space and their meanings.

Instead, we focus our attention on the objects and overlook the importance of space. According Solomon (p. 96), these meanings of the signs of space play an important role in our everyday lives. He argues that a building is not just a wall made of stones or bricks. It consists of a system of signs that depicts certain important meanings.

Space starts with the width, which shows that a space is a reality with continuous and undifferentiated dimensions. Under normal circumstances, people perceive a space to be discontinuous and differentiated. We try to identify spaces with objects that occupy the space, but not the features of the space (Greimas 78). Under the context of the family room, we tend to define and give it the depending on the things we put in it.

We tend to define the family room using the type of furniture in the room. For example , we a stranger enters into a building and find a space with sofa sets, table, flowers, and photo frames they will instantly identify the space as the family room. They will not consider other things like the location of the room, size and the wall…

People have been questioning the surrounding world for thousands of years. This innate curiosity is what has helped us to discover and invent everything we have now. Analyzing something can be quite hard at first, but take it from us, it can also be very rewarding. If you are experiencing troubles with your paper, you can always have a look at our analysis sample posted for free. But remember that you are not allowed to use any of the information provided here without acknowledgments. Place your order to receive a custom analysis sample written according to all your demands and requirements.