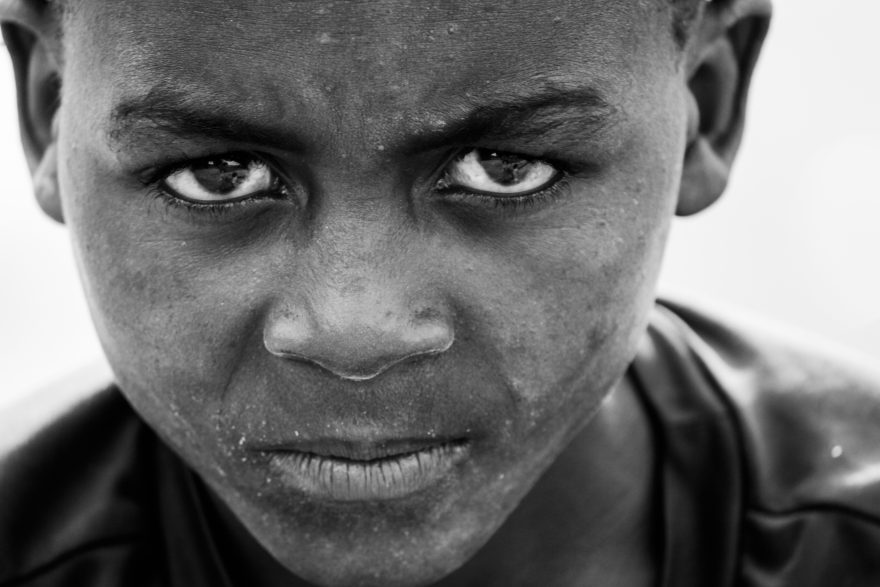 Role and Actions of the International Community During Genocide in Rwanda

The Rwandan Genocide broke up from the two major ethnic groups in the country in April 1994, after several years of continued conflict between the two groups. The Hutus and the Tutsi developed different economic, political, and social perspectives in 1992, following a division spearheaded by then president, Habyarimana who was a Hutu. After a constant period of conflict, the Tutsi shot down president Habyarimana while he was travelling in his plane 1994. The two groups spontaneously lost the sense of humanity and decided to start the war. The Hutus, being 85% of the population, wanted to finish the Tutsi who were then about 14% of the country’s total population (Michael, 2003, p 102). Logically the biggest burden was on the Tutsi, in this case the minority group and the main target of the majority group. It is important to note that the two groups made almost the whole population of the country with the Twa group constituting only 1% of the country’s population (Michael, 2003, 102). Therefore, the entire country was in war.

The response from the international community did not have considerable impact on the mass destruction. Notably, the international community did not show much interest to this preventable act of inhumanity as witnessed in other countries like the Yugoslavia. For instance, Rwanda would expect major world powers like France, the United States, Belgium, and other African Countries to send their peacekeeping troops to aid in curbing the vice of human killing. On a similar score, the United Nations would also carry an equal blame on their failure to intervene at such a time when Rwanda needed help (Linda, 2006, p 46).

The Role of French before the Rwandan Genocide

Though according to the French government, the military training was a peacekeeping initiative, training a specific allied to the president could promote more chaos than the intended peace mission could. The French government in 1993 announced its support on the implementation of the Arusha Peace accords in Rwanda, a move supported by the United Nations and the entire international community (Linda, 2006, p47).

The Arush Peace accords sought to bring a state of harmony between the Rwandese Patriotic Front (RPF), the Rwandan Government, and the opposition side (Linda, 2006, p49). However, critics point out that the French government continued with its military training at secret sites, a move leading to assassination of few French nationals by the Rwandese Patriotic Front. The RPF was strongly against the act of the French government training only militia men allied to the president.

It is the assassination of those French nationals and the shooting of president Habyarimana that ultimately ended the period of conflict and the war broke up (Michael, 2003, p111). Therefore, the one-sided military training the French government provided contributed greatly to the growth of the rift between the Hutus and the Tutsi, leading the Rwandan genocide.

The role of French during the Rwandan Genocide

The contribution of the French government on the Rwandan Genocide did not end at the initial stages of division-before the war broke up. Just like any other country in the international community, Rwanda needed international intervention during the genocide. Militia aid was inevitable at such a time when two of its main ethnic groups broke into war. The underlying argument here is that the international community had the full obligation of stopping the mass killing of the Tutsi, by sending peacekeeping troops and facilitating dialogues between the two groups (Linda, 2000, p61).

However, it is evident that the French government had the first opportunity of intervening shortly after the war broke up. In the second day of the mass killing, the French government launched an operation dubbed Amaryllis, on a move to provide evacuation to residents in danger. The French government deployed military planes in critical areas to evacuate quickly. However, the operation mainly evacuated Foreigners from the western countries, and in some cases, the dignitaries close to the fallen president Habyarimana (Linda, 2000, p64).

To support the point further, critics argue that even Rwandan national working with these westerners evacuated were not in consideration. This sort of discrimination is a clear indication of how the French government indirectly supported the mass killing of the then Rwanda’s minority group.

On another score, the BBC news reported that some of the French planes used in the evacuation of the president’s family, and other westerners was secretly supplying firearms and dropping ammunitions around the Kanombe camp where all the troops allied to the fallen president camped (BBC news, April 2000). This further confirms how the French government was actively promoting the Hutus side commonly in association with president Habyarimana. However, the French government denied the allegations terming them as unfounded. The government instead argued that its role was peacekeeping and evacuation.

The role of French after the Rwandan Genocide

The aftermath of the genocide followed a period of reconciliation and nation building. The United Nations Security Council embarked on an operation to protect the target group, and a subsequent move to bring harmony between the Rwandese Patriotic Front rebels, the government, and the opposition. The United Nations Security council decides to endorse France to lead the whole operation of securing peace in Rwanda (Linda, 2000, p63). This move by the UN Security council presented numerous controversies given many citizens accused the French government of its initial intentions of dividing the country (Linda, 2000, p65).

The Rwandese Patriotic Front partially assimilated the peacekeeping move by the United Nations Security Council but the controversy continued. RPF placed numerous accusations on the French government and questioned its military training prior to the mass killing. The RPF as well did not underestimate the role of the French government in the continued division between the Hutus and the Tutsi following its open support of president Habyarimana (Linda, 2006, p49).

After ten years, the international criminal tribunal for Rwanda presented an official demand for several France militia representatives probing in relation to the accusations (Linda, 2006, p52). The court accused two military representatives of the perceived planning and execution of the Rwandan Genocide. Evidently, the French government did much to promote the genocide than it did to curb the mass killing.

In 2008, an independent commission formed by the Rwandan government places more blame on the French government for the overall mastermind of the genocide. The commission, formed to probe the possible causes of the genocide leveled many accusations to key political and military leaders, including the then France president and the Prime Minister (CBC News, August 2008). The report outlines that the French government openly supported the Hutus, and subsequently helped secretly the planning and execution of the inhuman act. The report, mainly based on survivors’ eyewitness, the French television coverage, French’s president personal documents, and the BBC news presents the whole process of French collaboration of with the Hutus to finish its rival- the Tutsi (BBC News, August 2008).

The involvement of high ranked politicians in the perceived mastermind of the genocide is as well a major issue raised by the commission. Among them, the late French president and the prime minster, the report lists 33 people actively involved in the mass killing of the Tutsi. According to the report, the French military directly killed Rwandese on their move to help the Hutus eliminate the Tutsi.

Rivalry between the U.S and French is evident from the fact that the United States funded the Rwandese Patriotic Front. Tutsi mainly dominated the RPF, bringing out another dimension of the war- it was just between France and the U.S, only that they used the Rwandese 2 ethnic groups to fight each other (CBC News, August 2008).

The report points out that the military training offered by the French government was just a form of escape goat in the sense that it formed the entry strategy for the French government to train the Hutus in preparation for the war. Notably the training was exclusive for the Hutus because the ultimate goal was to fight the RPF, allied to the Hutsi, and funded by the United States of America (CBC News, August 2008). The direct involvement of the French military is as well evident from the systematic raping of the Tutsi women and young girls. The fact that the raping of the Tutsi survivors was systematic is a clear indication that those were orders from the troop commanders.

The report outlines how the French militiamen supported the killing of the Tutsi, and even supervised and watched the Hutus as they mercilessly killed the Tutsi. For instance, along the Congo border, the French troops allowed the Hutus to escape to the democratic republic of Congo but held the Tutsi captive and ensured their killing (CBC News, August 2008). On a similar score, the evacuation commenced by the French government on the second day of the mass killing did not target the Rwandese. Given the fact that only the Tutsi was on the main attack since they were the minority, French support of the Hutus comes out clearly again.

In its response, the French government denies all these accusations and affirms its mission was peace keeping. Meanwhile, according to the report, the Rwandese government terminated all the diplomatic connections with France (CBC News, August 2008). The report suggests that these French political figures and the military leaders undergo a trial at the international criminal court (CBC News, August 2008).

The role of Belgium before the Rwandan Genocide

Belgium had a big political connection with Rwandan genocide as it was its former colonial master. This was enhanced by the formation of UNAMIR in 1993 that contributed greatly to the Western contingent (Steven, 2003, p888). Moreover, after what was known as the Cold War, Belgium wanted to preserve its status through the rationale of keeping a large and well-equipped national army (Steven, 2003, p888).

It therefore tried to present itself as the African peacekeeping specialist (Steven, 2003, 889). Although Belgium knew of the ethnic and political killings plans in Rwanda and advocated for a stronger UNAMIR mandate, it lacked other states interested to support the mission (Steven, 2003, p889).

During its colonization process, Belgium contributed to the division and its maintenance between the Tutsi ethnic group, which was from the origin of Nilotes, and the Hutus people, who were migrants from western Bantu (Steven, 2003, p891). The Tutsi were the original Rwandan inhabitants and adopted the Hutus Bantu language. This rendered both Hutus, Tutsi people share the same culture and language, and they were united as two ethnic groups even before colonialisms came (Steven, 2003, p892).

Belgium as colonialists recognized and affirmed the differences and the preexisting distinction between the two ethnic groups. Through the Belgian rule, the word Tutsi meant those “rich in cattle” and the word Hutus meant “servant” or “subject” (Steven, 2003, p894). The Belgians colonialists introduced and issued separate Identification cards for the two ethnic groups…

How Else We Can Help You Here

We hope you like our sample paper that was written by a professional writer. After reading through our example, you can get some ideas to write your own paper. But if you prefer to spend your time on more interesting things, you can buy a researh paper on BuyEssay.org. One of the biggest factors why our customers come to us again and again is that we provide them with high-quality papers. You don’t have to spend much money – we have reasonable prices. Though we have low prices, we don’t compromise on quality. Use the opportunity to succeed in your study – place an order on our site!