Published by admin under Research papers,Samples 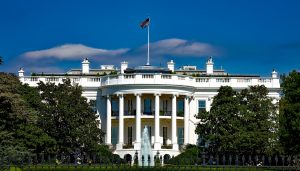 It is also critical to note that Congress vets all presidential constitutional office apartments. Again this means the president cannot appoint members of the Supreme Court without the approval of congress. This means that the most powerful people in the judicial branch the chief justice and other members of the Supreme Court cannot be in office without the approval of Congress. Furthermore, the President cannot declare war without congress. Even if he technically can declare war, he needs congress to declare war in order to get the mandate of the people.

Congress has the power to investigate any scandal or issue in the other branches which is of public interest. This is one of the most important functions of congress as an oversight body (Fisher, 2003). As such it has oversight over both the executive and the judiciary branches. This is a non legislative power which is delegated to committees of both houses. Congressional committees have judicial powers to summon and compel witnesses to testify before committees (Fisher, 2003).

In addition, congress has the powers to control all forms of taxes including import and export taxes. This power puts congress at the helm of public resources. What’s more, congress controls the budget of the United States federal government. This means that it controls how much money both the federal and the judiciary branches have access to. Any extra spending in the form of new programs and policies has to be assessed and passed by congress. This definitely makes congress the most powerful branch of government because; he who controls the resources inevitably controls everything else…

This presentation paper sample is only an example of academic writing. You are not able to present it as your own paper. When you find out you can’t write a paper on your own, leave it to BuyEssay.org. Order a presentation paper on our site and you will get a unique piece of writing. If you are unable to write your paper, simply mention your requirements in the order form and set the deadline. Our talented writers will follow all your instructions and academic standards while completing your order. You can communicate with a writer directly via chat. Leave your writing assignment to us and we will help you as fast as possible!