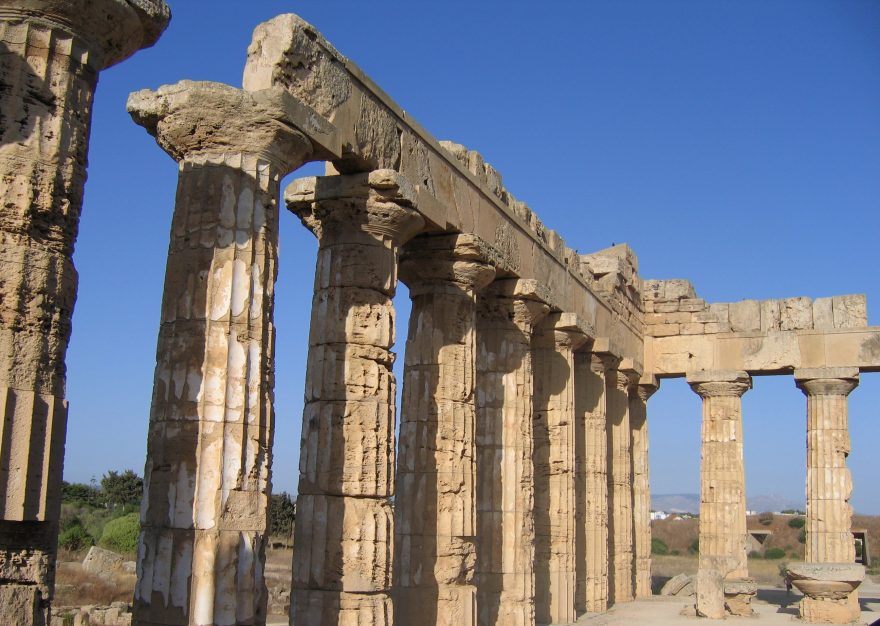 The Charioteer of Delphi

The Charioteer of Delphi is one of the greatest Greek statue or sculpture artworks still surviving for over 2500 years (The Scribe, 2007). It portrays the driver of a chariot in a race at a moment he presents the chariot to the spectators after his victory around 470 BC. The sculpture is cast in bronze, measures 5 feet tall, and is currently displayed in Delphi Museum. Its title is the “The Charioteer of Delphi” (The Scribe, 2007). It represents the shift from archaic contracts to the classical concepts. The general appearance is of a man holding the horse cords. It demonstrates the balance between idealized realism and formalized geometric image; thus illustrating the beginning of western civilization.

The sculpture stands with estimable modesty and looks to the crowd with composed emotions despite his victory. Posture is well balanced, as the long garment hangs over the profuse athletic body with architectural inevitability. This allows idealism to flow through the tranquil parallel wrinkles that run the span of the sculpture’s lower body (The Scribe, 2007). Its body is that of a man, and with the geometric wrinkles, it shows a muscular body within.

It has the shape of a complete man although the left hand is missing. One of its unique forms is the inlaid glass eyes highlighted with copper detailing. The sculpture’s lips and eyelashes are curved from copper while the head is captivated in silver. The head has soft curls of hair meaning that the artist wanted to depict a youthful, tall, and nimble man (The Scribe, 2007). It reflects the age group of most chariot racers. At the base of the statue, lies his feet, which portray human anatomy. The color of the statue is light grey with whitish surfaces.

The statue is displayed in the Delphi museum in a well-lit room surrounded by a small perimeter boundary. It is placed on a limestone base and ample space all around facilitating an all-round view. It provides a natural feeling of beauty, which is reflected in the well-preserved head and eyes that are over 2500 years old. The audience experiences a moment of modesty at a time of victory during the classical beginnings. Consequently, it truly effects the author’s intentions of symbolizing victory in modesty and style. I have been intrigued and inspired by the symbolism and natural beauty with over 2500 years in the statue. I love the Charioteer of Delphi, and with that I am very much inspired to learn more about Greek art.

The title of this artwork is known as Aphrodite of Melos or Venus De Milo. It is a sculpture portraying a Greek Goddess; Aphrodite (Astier, 2012). However, it is partially damaged, with missing arms making it uncertain who it symbolizes. The general appearance is that of a woman with no arms and only a garment below her waist. It is a 6’10” sculpture made of Parian limestone form the famous Hellenistic style and age (Astier, 2012). Although, the sculpture is damaged, it has a soft surface with peaceful and very natural landscaping of artistic beauty. Her half-nude body depicts the beauty and naturalness associated with the Goddess Aphrodite.

The sculpture is an architectural ornamental composition illustrating the classical effect and concept in ancient Greek history. As a goddess, she represents beauty and love exemplified in her tall body. She is slightly twisted that seems she is in movement even from the waist curves and form. Her tall body and small head illustrate sensuality and a feeling of natural beauty not comparable to many. The garment is worn around the waist in a position that suggests it was about to fall off (Astier, 2012).

This mysterious act of a falling cloth means it meant to be sensual and attractive in a sexy manner. It seems she is fully aware of her beauty and bodily appeal; thus she rejoices in a modesty and classical calm. The mystery surrounding her missing hands bring more interest and fascination to the sculpture. Some believe she held a bow and an apple while others believe she was admiring herself before a mirror. The sculpture was made through carving on two marble stones joined through vertical pins used in Greek art. Different parts were carved out separately including the foot, bust, and legs.

The statue is displayed in the Louvre museum, in Paris, in a well-designed room that has two open entrances. It is placed on raised platform with a perimeter border and ample space for an all-round view. The room is well lit from the windows and lighting. Its audience has a close up feeling that activates the feeling of beauty, calm, sexuality, and peacefulness. I believe the artist achieved his/her expected effect in the illustration of beauty and sexuality of the female body. The statue is very beautiful and mythical, which makes me interested to go and see it in person. It will always puzzle my mind with its artisanship and magnificent lore.

The Winged Victory of Samothrace also known as the Nike of Samothrace was designed to represent the honor of the goddess Nike. It is a sculpture of a winged woman with a missing head. The sculpture is made from carved marble (Astier, 2012). It portrays the triumph and action as she stands chest forward with wings behind her back. The artwork is part of the Hellenistic arts of the Greek Hellenistic times and age. It is dated back in the 220 BC and has a dimension of 129 inches (Astier, 2012). It has a rough surface, which is due to damages…

If you didn’t know how to start your paper, we hope our art history research paper sample helped you. With our example of writing, you can prepare yourself for writing your own paper. If you are going to use help of a professional writer, we suggest you to use BuyEssay.org. In case you don’t have enough time to deal with your writing assignment, our writers can do it for you quickly. Our professionals will do what needs to be done – your paper will be written with individual approach according to your instructions. Leave your writing assignment to us and you will receive a paper you want!