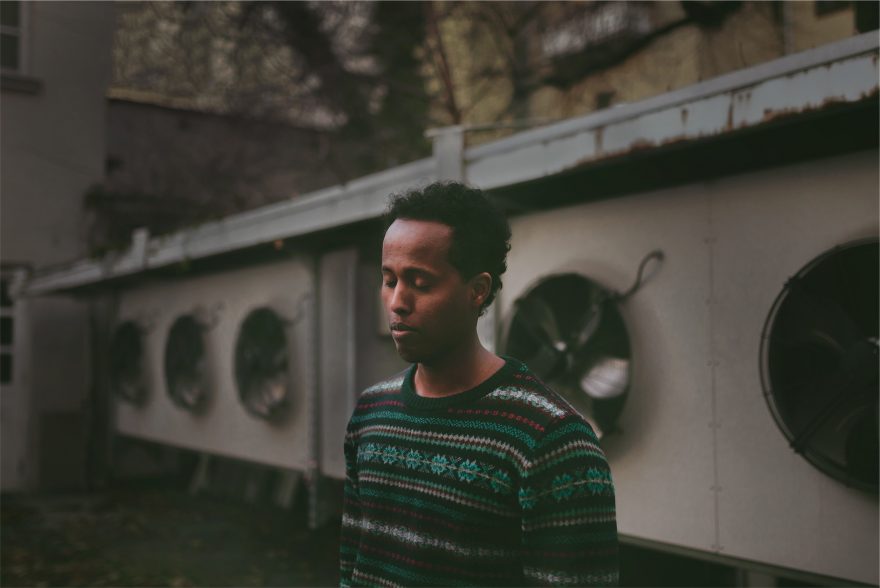 No longer at Ease is a novel written by the late Nigerian writer, Chinua Achebe, a literary genius to say the least. The novel revolves around the main character, Obi Okonkwo, whose grandfather, Okonkwo, was the main character of an earlier and famous book by Chinua Achebe, entitled Things Fall Apart. Obi Okonkwo leaves his village in Nigeria to pursue further studies in Britain, to study Law. He struggled to a great extent to adapt to the lifestyle of the west-Britain. He even changed his major from Law to English Language.

While in England, Obi Okonkwo underwent a lot that affected him and his life. Being a man deeply rooted in his native Igbo culture, he struggled so much with the English culture and way of life. To begin with, Obi okonkwo was so homesick during his time in England; he just couldn’t seem to get over his motherland. For the first time in his life, Nigeria, his home country became “more than just a name,” (Achebe 12) as he realizes what his country really means to him.

Being away from home brings a deep realization to him about the importance of his motherland. This was so great that during the English winters, Obi began to write lyrical and romantic poems about his homeland. Though Obi was in England for only four years, it seemed like a decade to him: “Obi was away in England for a little under four years. He sometimes found it difficult to believe that it was as short as that.

It seemed more like a decade than four years, what with the miseries of winter when his longing to return home took on the sharpness of physical pain. It was in England that Nigeria first became more than just a name to him. That was the first great thing that England did for him,” (Achebe 12).

Studying in England also made Obi adopt certain practices that he had never partaken of while in Umuofia, or even during his short stay in Lagos, before he travelled to England. One such practice was going to dances, a thing he only heard from stories told to him by his good friend Joseph, who had hosted him in Lagos just before he left for England. Joseph would tell him: “Dancing is very important nowadays.

No girl will look at you if you can’t dance. I first met Joy at the dancing school.’ ‘Who is Joy?’ asked Obi who was fascinated by what he was learning of this strange and sinful new world. ‘She was my girl-friend for—let’s see. …’ he counted off his fingers ‘… March, April, May, June, July—for five months. She made these pillow-cases for me,” (Achebe 13). In one of these dances, organized by the London Branch of the National Council of Nigeria, Obi met a girl, also from Nigeria, known as Clara Okeke.

Obi had an interest in Clara, and managed to convince her to dance with him. Obi was a very poor dancer, stepping on Clara’s foot a couple of times: “Obi was never a very good dancer, but that night he was simply appalling. He stepped on her toes about four times in the first half-minute. Thereafter she concentrated all her attention on moving her foot sideways just in time. As soon as the dance ended she fled.

Obi pursued her to her seat to say: ‘Thank you very much.’ She nodded without looking,” (Achebe 18). So in a way, Obi’s stay in England sort of transformed him into a younger Joseph, as Joseph was already used to such habits as dancing and going to cinemas back in Lagos.

Another way in which Obi’s studies in England affected him was somewhat to do with religion because Obi came from a religious background. Before he departed for England, Obi’s family had organized a prayer meeting for him, so he would leave with blessings: “Obi’s going to England caused a big stir in Umuofia. A few days before his departure to Lagos his parents called a prayer meeting at their home.

The Reverend Samuel Ikedi of St Mark’s Anglican Church, Umuofia, was chairman. He said the occasion was the fulfillment of the prophecy,” (Achebe 8). Obi’s father back at home, Mr. Isaac Okonkwo had been a catechist of a church missionary in the area. “Mr. Isaac Okonkwo made a short speech placing ‘this small kola’ before his guests. By Umuofia standards he was well-to-do. He had been a catechist of the Church MissionarySociety for twenty-five years…” (Achebe 9).

On Obi’s second day aboard the boat back to Nigeria, it could be said that he was perhaps no longer as religious as he was during his life in Umuofia: “Obi stood at the rails for nearly an hour drinking in the unspoilt air. ‘They that go down to the sea in ships …’ he remembered. He had very little religion nowadays, but he was nevertheless deeply moved,” (Achebe 19).

Furthermore, studying in England seemed to have made Obi a bit carefree in his attitudes, particularly towards dressing. In the big reception organized for him by the Lagos branch of the Umuofia Progressive Union after his arrival in Lagos, Obi, the guest of honor, expected to be well clad but instead appeared in his shirtsleeves: “Everybody was properly dressed in agbada or European suit except the guest of honor, who appeared in his shirtsleeves because of the heat. That was Obi’s mistake Number One. Everybody expected a young man from England to be impressively turned out” (Achebe 26).

What makes certain books great, and others boring? Why do we remember some of the writing for decades and hundreds of years, while others are lost in times? Writing an analysis essay should teach you all these intricate things. However, how can you learn how to write this type of an academic paper without proper literary analysis essay sample? We have prepared a couple of great articles with writing tricks and, of course, a free literary analysis essay sample for you to learn from. If these won’t help, place an order to receive a professional evaluation of the book done by our expert writers.