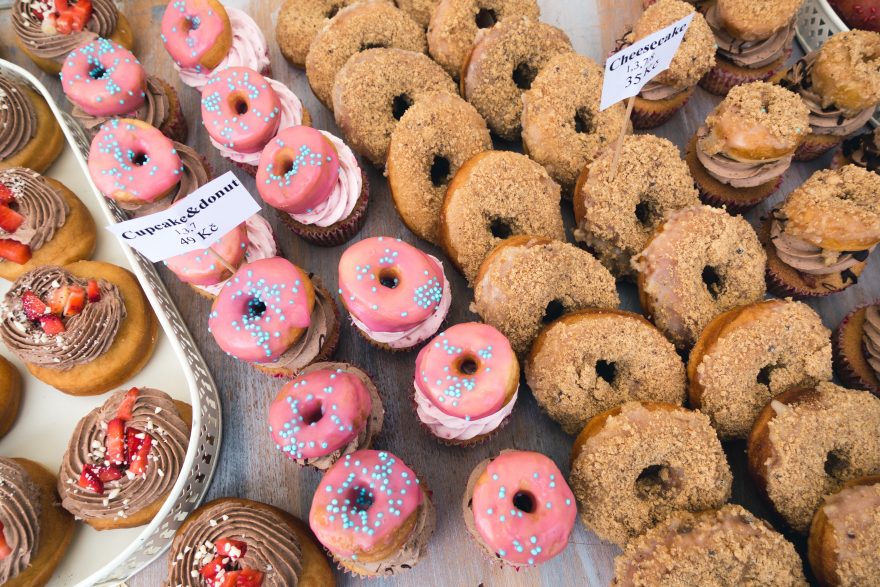 In many countries, the more food produced is the more people eat and this has been connected to weight gain because of the fats in the processed foods. The United States records the highest number of people affected by obesity due to the increased consumption of junk foods. Processed food consumption has risen over the past thirty decades in the United States and this has hugely contributed to some health defects. This is also encouraged by good enticing marketing tactics that encourages many people to over eat since it is how industries and malls generate profit. In the United States, some processed foods like pizza have an advertising budget of twenty million dollars, this is a drop in the ocean in comparison to what they make in return. Due to the economic changes, producers are faced with financial implications every year and this calls for the need to improve financially. This results in a the push to get the consumers to over consume and the end result is the obesity pandemic.

In the United States, many industries and malls spend millions in advertising the processed food than the amount of money used for the actual preparation. Malls would offer a whole side in the east specifically for processed foods compared to other products that get a lesser potion in the mall (Brennan 45). Bars of chocolate are a perfect example of processed foods produced in large quantities in the United States and this is because of the higher demand that it entails.

The call to consume more whole foods than the processed foods has been met with a great resistance in the United States and this has been a challenge to the government while controlling the excessive consumption of processed foods. This resistance by some quarters has increased the rise of some diseases like diabetes, heart attacks and many more.

What Producers Hide from Consumers

The producers do not always disclose to the consumers on the methods they use in food production. This is because the producers do not want to stand the risk of being out of business. If the producers disclose their methods to the consumers, then the consumers would welcome the idea of preparing the food at home other than buying, and this will reduce their expenditure cost. The producers also never advise the consumers on the health benefits or health hazards regarding a particular food product (Chandan, Ramesh & Kilara 22). This is the reason why most people eat junk without necessarily knowing the effects. This has given rise to obesity and other health defects. It takes a doctor’s advice after the effects have occurred for a consumer to change his diet.

When the raw commodities that the producers use to produce the food go with an increase, some producers never lower the prices of their products. This is even when they receive the animal and crop products on the cheap. The unaware consumer will often buy the food product at its original price. Some producers will not open up to the consumers with the kind of workload needed in the production of a certain food product (Kaletunc 36).

This will make the consumers feel as if they are more indebted to the producer than the payment they have already made. The producers keep this information to themselves for fear of losing customers. Some producers especially during the One Off Production and Just In Time Production method literally lie about the time needed to have the food product ready. The producers give the shortest time possible to motivate the customers to wait (O’Donnell 12). Waiting would make some impatient customers walk away, and this will mean loss of profit to the producer who would do anything to avoid such a situation.

Increasing Rate of Processed Food Consumption in the United States

Most health experts have also given a clean bill of health to processed foods; most people have welcomed this research. Since the processing of foods includes the removal of poisonous substance, most people feel safe while consuming them. They believe that the thorough cleaning and the excessive heat used during the processing kills all the germs that were present in the raw product. This has even encouraged the parents themselves to buy their children processed foods.

Processed foods kill the nutritional value available in the raw products before its transformation into food. This is because the excessive heat used during processing destroys the nutrients. When such food products are consumed, the consumer‘s meal tends to lack any nutrients, and this may lead to an easier attack by diseases. Overcooked vegetables lose their vitamins nutrients due to the prolonged heat that is used to cook.

If you are not a nutrition specialist, which we assume to be true, than writing a good essay about food can be quite a challenge for you. But don’t worry, our professional team is here to help you even with the most difficult assignments. Fill in the short order form below, specify your instruction, choose the writer you like and wait for your essay about food to be done passionately and professionally. You can communicate with your author during the process to make sure that he or she is following your directions correctly. Even the most difficult essay won’t be a trouble for you anymore!