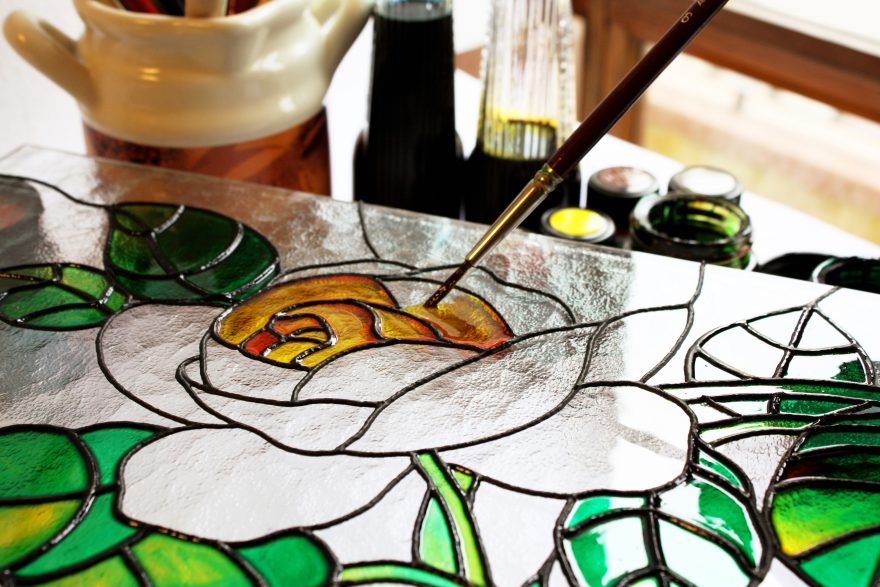 Since time in memorial, memories and relevant events have always been told and documented by artists through drawings, paintings and other mediums. Apart from entertainment, the other key role of art is to highlight and addresses relevant issues in society. Artists have always created artistic works that are connected and related to the culture and society they live in. Separated by decades or centuries, artists have addressed the same issues in their work, from religion to society to love and justice. This paper will compare and analyze two paintings with religious themes, created one hundred fifty years apart: “Dead Christ Supported by Angels” by Francesco Trevisani and “The Lamentation” by Ludovico Carracci. “Dead Christ Supported by Angels” depicts the body of Jesus Christ held by divine angels and was paonted in 1701. The medium used for the drawing is oil on canvas; its dimensions are 51 1/2 x 38 1/4 in. (130.8 x 97.2 cm). “The Lamentation” was painted in 1852, using oil on canvas; its dimensions are 37 1/2 x 68 in. (95.3 x 172.7 cm). The comparison reveals how two artists use the elements of painting differently to address the same subject matter.

His legs appear not to be at the same level; his right leg is slightly raised compared to the left leg. The upper part of his body is uncovered and a wound is slightly visible on the right side of his ribs; the body is more tilted towards his right making him appear as if he is leaning more on the angel who is on his right side. Against a dark background, painted in black, he is supported by two angels. The angel on his right side is dressed is a blue and brown robe; the angel on his left side is dressed in a robe that appears to be made up of a mixture of two colors, gray and red.

Next to her is a middle-aged woman in a pale red dress. The woman has fainted with her head slightly tilted upwards at the sight of Jesus’ body, laid across her lap. A woman standing next to her supports her left hand; this woman is dressed in a dull brown dress and she is staring at Jesus’ legs with tearful eyes. A large bloodstain is visible on the white sheet that Jesus’ body has been placed on, indicating that his body is still bleeding. Jesus’ hands appear to be dislocated; one hand is stretched towards the face of the woman who is on the right side edge, while the other is resting on his abdomen.

“Dead Christ Supported by Angels” and “The Lamentation” are two religious paintings characterized by several similarities and differences. The two artists have used a different scale in the two paintings although they are addressing a similar topic. The dimensions used by the artists are completely different. One of the major similarities between the two paintings is that they address the death of Jesus Christ.

In both paintings, marks are still visible on Jesus’ body to show that it is after he was crucified. However, in “The Lamentation,” Jesus’ head is still covered with the thorn crown while in “Dead Christ Supported by Angels,” Jesus’ head has not been covered. In “The Lamentation,” the body of Jesus is bleeding; a large stain of blood is visible on the sheet his body is laid on; in the other painting, his body is not bleeding.

In terms of composition, Ludovico Caracci and Francesco Trevisani have emphasized the subject of Jesus Christ’s death. In both paintings, the viewer’s eye rests on the dead body of Jesus. Both artists have arranged the content in their paintings in a symmetrical manner to create harmony and balance. In “Dead Christ Supported by Angels,” the artist has used black color on the background to create rhythm, while in “The Lamentation” the artist has used brown color in the background for the same.

The artists have used light and dark tones to create contrast in the paintings. For instance, Ludovico has used light in his painting to insist on the event as physically present. He has used light highlight on the body of Jesus Christ and on the faces of the four women to create mode and tone in the painting. This has helped him in bringing out the emotions of the four women. Francesco Trevisani has used light on the body of Jesus to emphasize his presence and the dark color used in the background emphasizes the somber mood and tone…

This compare and contrast essay sample is quite good, isn’t it? If you want to get a paper even better than this, you should contact BuyEssay.org. One of our qualified writers will complete an amazing essay for you and what is more important within specified deadline. We know that students tend to make order last night before the deadline. Therefore, we hire writers that are capable of coping with the most difficult tasks as soon as possible. Our prices depend on the time before the deadline, so do not hesitate to make an order. Fill the order form right now and get a paper that will be even better than our compare and contrast essay sample!