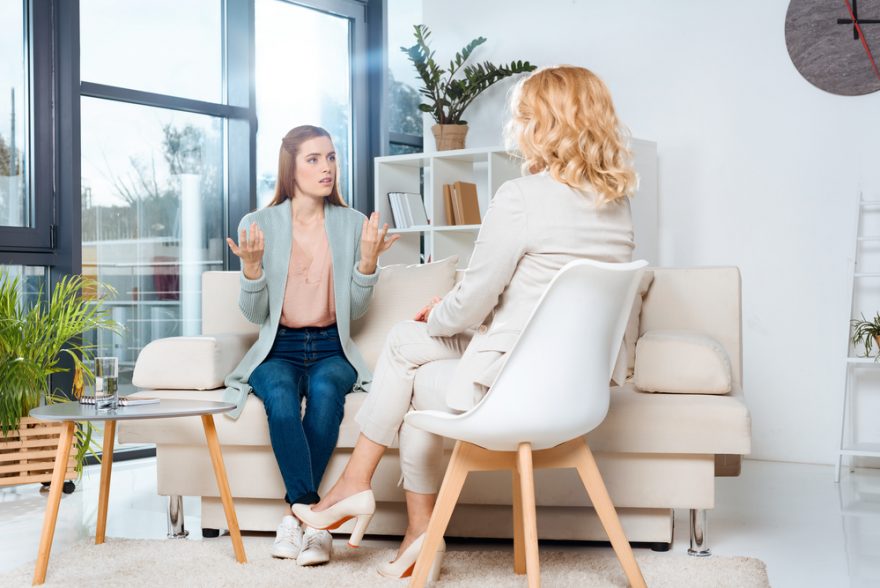 This paper explores a psychological case study on the character of Alli Morgan who is aged 49 years. It is asserted that Morgan Alli has feelings of getting lost having no direction in life, worries too much about his finances and lacks the energy to do his daily activities. On the other hand, the paper examines the causes of Morgan’s lack of sleep and through use of various sources, the paper examines common diagnoses and subsequent treatment options available. It will discuss making a diagnosis based on the DSM-IV TR criteria, as well as the importance of interviewing family members on issues about psychological disorders. It also discusses the various reasons for prescribing medication and the long-term effects of these prescriptions.

Morgan was mot referred to me but brought in by his mother. The mothers concern was his complains that he feared getting lost and lack of sleep. On the other hand, Morgan’s energy was deteriorating and could not perform his daily activities while worrying too much about his finances. His mother has been worried about his behavior over the last few months and decided he needed help.

Morgan grew up and currently lives in the suburb with his mother. With the single mother, at some point he had issues with his wife and attended some counseling session. Morgan had been previously taken to hospital due to mental complications related to depression and one of his aunts was d diagnosed with schizophrenia. He complains of mind racing and lack of sleep. Morgan takes caffeine in coffee and been smoking for the last seven years. Morgan has always had a lot of energy, and is a very active person spending most of his time doing creative things and helping other relatives in small chores whenever he gets time (Martin 2009).

Collection of the information was through a series of face-to-face interviews, both with Morgan and with his parents.  Analyzing the collected data in relation to his past and how his relationship to the wife has been.

Morgan has been using the prescription Metformin which he was currently taking and over the counter daily vitamin and flax seed oil while his perception that he was taking being ignored (Gottleib, 2009). Morgan claims he kept racing at night a situation that makes him become week. He has become lazy such that he cannot perform his duties and always worried about his financial status. The lack of sleep was escalating and he continued to get tired after simple chores.

During the first interviews, he was slightly withdrawn. He did not want to answer my questions, and when he spoke, it was in a very quiet voice. Over time, we developed a rapport and he told me in detail about the island of the drifting at night, but could not draw a picture of what he saw or where he drifted. All the same his response to art therapy was not very good, as could not draw his artistic endeavors (Martin 2009). Now Morgan comfortable when he tells me about his daily problems and being insecure financially He is currently coming in for one hour of therapy a week, and that seems to be a beneficial schedule.

We have discussed in detail the nights he gets lost during the therapy. His obsession about finances and lack of sleep was extremely vivid: he believes getting lost and much of what happens cannot make a lot of sense when he comes to me and to him these encounters seem to represent him and his family (Peele 2009). While it may have been a psychotic break, it did start Morgan on a path of coming to terms with his home life.

Examining Morgan with the DSM-IV, I have ruled out several diagnoses that his mother was researching. I do not see that Max has ADHD, as he is not displaying six or more of the symptoms of inattention table and hyperactivity-impulsivity table (APA, 2000). It is true that he sometimes runs around excessively, and is easily distracted at times.

However, he does not meet enough of the criteria for any form of ADHD – and this is looking at codes 314.00, 314.01 or 314.9 (APA, 2000). Another thing to note is that that he is a quick learner who is quiet and attentive. Therefore, since he does not exhibit enough of the symptoms both at home and elsewhere. I also do not believe that Morgan has early onset schizophrenia (code 295.1), as he has had only the one delusional episode with the hallucinations.

I believe Morgan had a Brief Psychotic Disorder DSM-IV code 298.8 (APA, 2000). This is a likely diagnosis as it covers hallucinations, delusions, and is one day but less than 30 days in length. This episode was short-term and short-lived. There was quick onset recovery. All of these traits fit into the diagnostic criteria. The DSM-IV verifies that a psychotic disorder can occur in response to undue stress. I believe that this psychotic break occurred because of the stress that Morgan was bottling up.

He was in a lot of mental pain because of his mother’s divorce and perceived as the loss of his sister’s affections. These marked stressors are common in the life of a middle class Caucasian people in the United States (Schmitt 2009). Now that the channels of communication had opened up at home, as well as the establishment of regular mental health care schedule, I do not see another episode being likely. I do not think that this brief psychotic break has co-morbidity with any other conditions.

Even though Brief Psychotic Disorder is rare among adults, as well as quite uncommon among children, it is the best diagnosis for Morgan. No other diagnosis encapsulates his symptoms, and his disturbance is not better accounted for by a mood disorder, schizoaffective disorder, other medical condition or any drug abuse (Goldenberg, 2013)…

Our case study sample is an opportunity to show you how an academic paper should be written. We have shared this example only for viewing, so don’t use it as your own paper. If you can’t write a paper like our case study sample, get help from BuyEssay.org. There is no reason of struggling with your writing assignment, our writers can take care of it. Our writers demonstrate that any type of paper can be easily done by them. Explain what paper you want to see by mentioning your requirements in the order form. Your success in study can become true, simply buy a case study on our site!