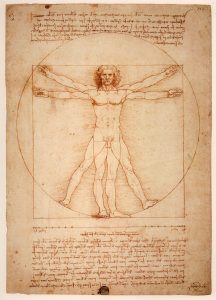 How did the art patronage system work during the Renaissance?

This essay will provide a short overview of the relationship between artists and patrons during the Renaissance, with particular focus on Florence in Italy. I will argue that the work of many artists of the period developed according to the tastes and priorities of their patrons and so the system of patronage was central to the evolution of European fine arts both inside and outside of the Roman Catholic Church.

In the 1950s, art historian Bernard Berenson compared the relationship between artist and patron during the Renaissance to one between a carpenter, tailor or shoemaker and a customer placing an order (Burke, 2004). For instance, during the period of the Renaissance spanning the fourteenth and early fifteenth centuries, art patrons in Italy commonly specified what materials to be used and in what amounts in the works commissioned from the artists they patronised (UK National Gallery of Art, 2016).

Nonetheless, the economic impact of the system of patronage in art should not be overlooked. In 1472 Florence, for instance, depended on the production of art as one of its key industries; the Italian city had 54 workshops for marble and stone and employed 44 master gold- and silversmiths, and at least thirty master painters (US National Gallery of Art, 2016). As a city, Florence’s position in the global wool and silk industries relied on the reputation of its craftsmen, and it was these artisans that stood alongside the fine artists in making patrons of the “moneymen” of the city – its merchants and financiers (US National Gallery of Art, 2016).

In conclusion, art patronage was a tool of both rulership and diplomacy, benefitting the elites of Renaissance Europe (Burke, 2004). However, the system of patronage was also key to the evolution of fine arts in the period. As a key member of the European elites, for instance, the great patron Lorenzo de’ Medic was also ‘an important arbiter of taste’ (US National Gallery of Art, 2016). Commerce, politics and the development of new arts came together thanks to the wealthy individuals and families central to the patronage system for, as an avid collector of Greek and Roman antiquities, Lorenzo de’ Medic ‘helped imprint the Florentine Renaissance with the humanism of the ancient world’ (US National Gallery of Art, 2016).

This art essay is a sample created by our professional authors. We remind you that you are not allowed to use this paper without references or claim it as your own. If you need professional academic help with your papers, place an order using the order form below and let us take care of everything else. Your art essay will be done by skilled professionals with great command of English and amazing writing skills. For your convenience we have also added a price calculator, so you can plan your budget before the order. We know how to make your student life easy and enjoyable.